Thomas Otu, the defending champion of the Dala Hard Court Tennis Championship, has been knocked out of the competition in the first round, Nigeria Tennis Live can report.

Otu’s defeat was made possible by Emmanuel Paul, the tournament’s 19th seed, who dug deep to win the former Nigerian number one male tennis star. He ended up winning in the final set, playing 6/7(3), 6/1,6/1.

In ladies matches, Blessing Samuel who recently won the Rainoil Tennis Open Championship and is the tournament’s defending champion, defeated Rose Abu as she led 6-3, 5-0 before Abu retired due to injury.

Samuel will next play Ronke Akingbade, who outplayed Bunmi Are in a 6-1, 6-1 game while legendary Christie Agugbom beat Oluchi Ozurumba 6-0, 6-3.‎

Nigerian Tennis Live will keep our esteemed followers up to date with the results from subsequent matches as the tournament progresses.
2018-11-20
Our Correspondent
Previous: ICYMI: Check Out Pictures From The Just Concluded Rainoil Open You May Have Missed
Next: Imeh Lands In Back-To-Back Finals In Kano As Blessing Samuel Defends Dala Title 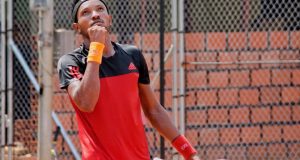 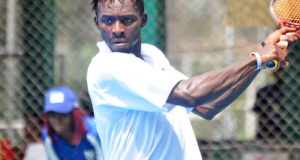