All for Joomla All for Webmasters
Breaking News
Home / National Tournament / ICYMI: Check Out Pictures From The Just Concluded Rainoil Open You May Have Missed

ICYMI: Check Out Pictures From The Just Concluded Rainoil Open You May Have Missed

Posted by: Our Correspondent in National Tournament November 19, 2018 0 390 Views

It is no longer news that Joseph Imeh defeated Henry Atseye in two straight sets to land his first national title since he became Nigeria’s number one male tennis star. And there was no better place to achieve this feat than at the Rainoil Tennis Open Championship which was concluded at the weekend.

The losing finalist at the 2017 edition of the competition made amends for his previous efforts and ensured he made it to the podium in grand style and was so honored.

In the female category also, Blessing Samuel ensured that she returned to the pinnacle of Nigerian tennis as she defeated her Doubles partner, Christie Agugbom, in a match that stretched both players beyond their limits.

At the end of the day, both male and female players landed their trophies and were rewarded with their cheques during the awards ceremony which marked the end of the competition at the Ikoyi Club 1938 on Saturday, 17 November.

Below are some pictures from the event which were made available to Nigerian Tennis Live by the organizers of the competition: 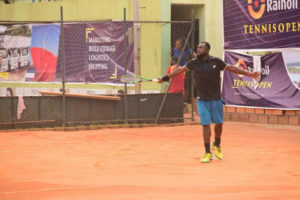 Isaac Attah: I Won’t Give Up, One Day I’ll Become A Champion

Oiza and Nene Yakubu have proven that their recent trips across different ...