Nigerian players have, over the years, complained about the real essence of the Governor’s Cup Lagos Tennis Championship, labeling it a tournament organized simply for the foreign players every year.
Truly, since the tournament became an ITF-rated championship, no Nigerian has been able to win it, except Michael Moses fairy tale run in 2015 when the abridged version of the competition was held.

The US-based former Nigerian number one star defeated Uganda’s Duncan Mugabe in an enthralling finale in which he was trailing after the first set, and every since, no other Nigerian has been able to repeat the feat.

As this year’s tournament serves off at the Lagos Lawn Tennis Club, Onikan, Lagos, Nigerian Tennis Live thought it wise to show to Nigerians and teeming tennis lovers from all over the world, how the players are rated locally, and to show which of the players is not participating regardless of the ranking.
According to the ranking released in June, 2017, Spain-based Sylvester Emmanuel, who is understood to be indisposed and will not participate in the ITF pro-circuit, remains Nigeria’s number one male player while Christine Agugbom stays as the highest-ranked Nigerian female star.
Check out the full ranking prepared after the Senior CBN Open this year below: 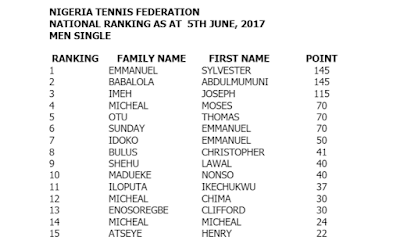 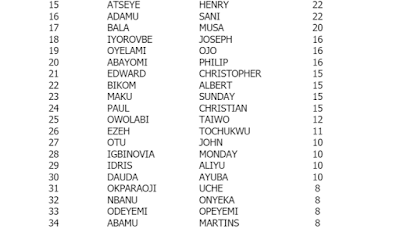 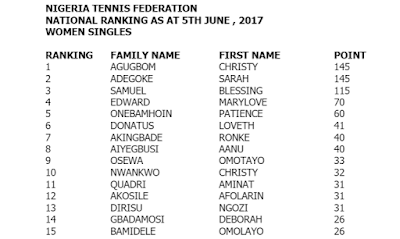 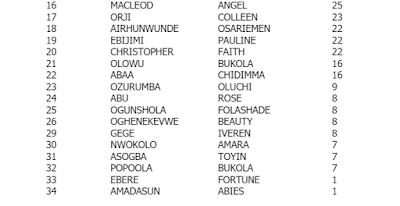