No fewer than 10 International Tennis Federation, ITF certified coaches will be officiating during the 30-week long Nigeria Communications Commission, NCC Tennis League, Naija Tennis Special can authoritatively report.
According to information made available to our correspondent by the International Tennis Academy, ITA, organisers of the championship, the umpires- all white badge- include: Arinola Isa, Aisha Hirse, Kehinde Ijaola, Duke Onojeide, Kosmos Ntemuse and Bitrus Danjuma.
Others are Hudu Sambo, Martina Ebijimi, Muazu Usman and Kayode Alabi while Mr. Godwin Kienka, director of the ITA, informed that two senior white badge officials – Sunday Samuel and Henry Ubochi – were left out because they are team coaches.
A statement made available to our correspondent by the organisers of the historic tennis league, revealed that the umpires will be under a very strict code of conduct. 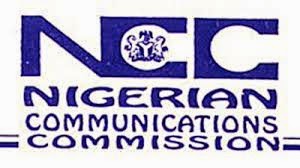 “For instance, they will not be allowed to accept free drinks or food from host and visiting team officials, players and supporters. They will also be forbidden to speak a language that only one team and its officials understand at the tournament site.
“The officials will be well provided for and we want the officiating to be as professional and as transparently fair as is possible because there is so much at stake,” Kienka informed via the statement.
The NCC Tennis League is featuring eight teams balloted into two groups for the round robin stage. The Blue Group will feature the Civil Defence Team based in Owerri, Team Delta hosting in Asaba, Team Tombim based in Abuja and Team Anambra of Onitsha.
The White Group has Team Kalotari of Port Harcourt, Team FCT based in Abuja, Team Ogun from Abeokuta and the CBN Futures Team based in Kaduna.
The two top teams from the round robin playoffs will qualify for the semifinals.
Preceding the round robin playoffs will be the NCC Challenge between players based in the North and those in the South. The challenge planned to hold on a yet-to-be-decided date at the Lagos Lawn Tennis Club, will serve to give a foretaste of the league and promote unity in the country.
2015-04-13
Our Correspondent
Previous: Oyinlomo Shines As Nigeria Wins ITF/CAT C’ship With 7 Gold Medals
Next: Nigeria’s Termena To Train Cameroonian Coaches, Players