All for Joomla All for Webmasters
Breaking News
Home / Uncategorized / ITF/CAT Juniors: Disappointed Inyang Counts Gains, Vows To Bounce Back

Nigeria’s undisputed under-12 champion, Gabriel Inyang, has expressed deep disappointment after his inability to help the country secure a maiden berth at the ITF/CAT Junior Championship in Morocco.

Inyang, who has been flying the country’s flag high in recent times, was one of the big names that participated in the first-ever Under-12 West and Central African edition of the championship which ended last week, but could not reproduce the performance that earned him his national title.

Although he started with a big win over his Beninoise counterpart during the tournament held at the National Stadium in Surulere, the Ebony-skinned player could not maintain the tempo against his other opponents.

In a chat with Naija Tennis Special after the tournament, the brave former US Junior Championship winner, noted that he will definitely bounce back after the defeat.

He said: “I am a bit disappointed after winning the 1st police college junior tournament two weeks ago.

“I am however, happy about my performance in all the matches I took part in. First was beating the boy from Benin Republic and a narrow loss in our last doubles against d Togolese players.

“Although the boy’s team could not make it to the main event in Morocco, we all put in our best as a team and I believe we will do better next time.”

Inyang also appreciated the VGC Recreation Club for their continuous support and hopes to get better with every tournament he attends.
Below are some other pictures from the tournament: 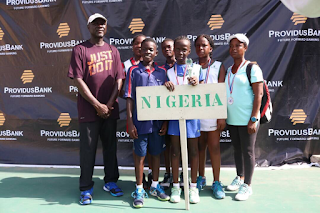 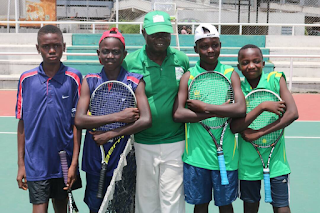 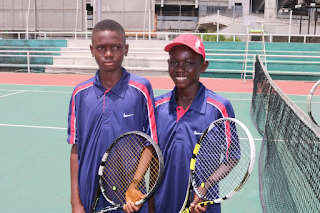 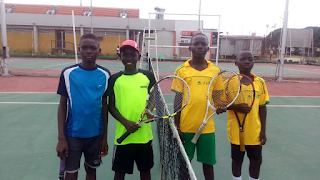 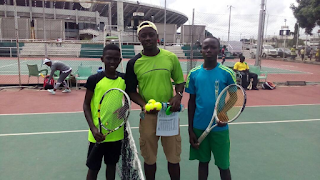