All for Joomla All for Webmasters
Breaking News
Home / Uncategorized / Imeh, Adegoke Maintain Leads At The Top As NTF Releases New Ranking

Nigeria’s number one male tennis player, Joseph Imeh alongside his female counterparts, Sarah Adegoke, have maintained their position on the list of top Nigerian players, Nigerian Tennis Live has gathered.

The new ranking which was released by the Nigeria Tennis Federation (NTF) on Monday, 10 September, showed that newly-crowned winners in the Men and Women’s Singles of the Vemp Open, Sylvester Emmanuel and Samuel Blessing, are both second on the log.

Even though they have been in top form for quite some time now, both players will need to win the next national tournament to displace the current players occupying the top spot on the ranking log as obtained by Nigerian Tennis Live.

It will be recalled that Imeh, who has maintained a stronghold on the top spot on the national rankings, has done so without necessarily winning any national tournament having participated in four major finals.

Below is the list of players on the new ranking as released by the NTF on Monday: 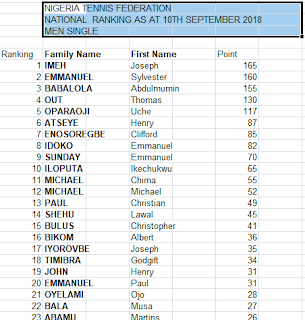 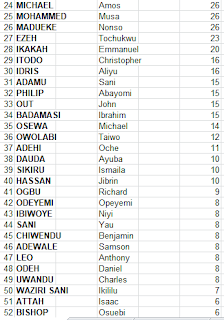 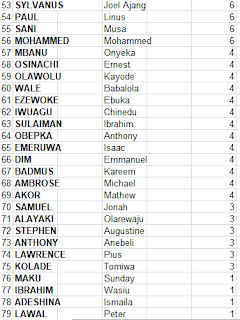 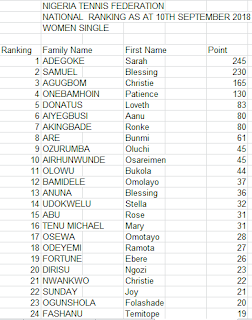 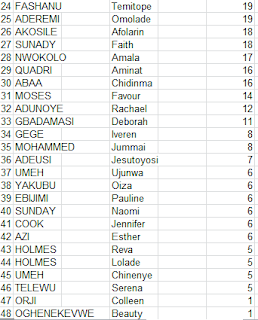 2018-09-11
Our Correspondent
Previous: Youngsters Oiza, Inyang Go For Gold As National Youth Games Kicks Off In Ilorin
Next: Joseph Imeh Loses Fourth Consecutive Final; Should We Be Worried?