All for Joomla All for Webmasters
Breaking News
Home / Uncategorized / ICYMI: See How Lagos Was Sold To The World At Governor’s Cup Tennis Championship (Photos)

ICYMI: See How Lagos Was Sold To The World At Governor’s Cup Tennis Championship (Photos)

The first leg of the Governor’s Cup Lagos Tennis Championship ended on Saturday, October 14 with Deniz Khazaniuk, an Israeli player who came to Lagos, Nigeria for the first time, winning the women’s singles trophy.

The Israeli player, who was cheered all the way by the Jewish community who stormed the venue in their numbers, in the final against Swiss Conny Perrin, was glad to win the first leg in a grudge encounter that ended 4-6 6-1 6-3.

It was an upset as Khazaniuk was the tournament’s number four seed who defeated the number one seed.

To Khazaniuk, winning the first leg was a great boost for her ambition of playing in the Australian Open next January, as this would boost her ranking to secure qualification for the Grand Slam. She was so much grateful to the Jewish community in Lagos and Nigerians who supported her in the final.

The men’s singles was won by Serbian Pedja Krstin who defeated Stephan Fransen in straight set of 6-2,6-3.

In the Doubles Finals, the Croatian brothers, Ivan and Matej Sabanov beat Tom Jomby and Johan Sebastien Tatlot, while the pair of Ayla Aksu from Turkey and Ana Veselinovic from Montenegro defeated the duo of Conny Perrin of Switzerland and Valeriya Strakhova  of Ukraine.

But the pictures of their presentation showed an unusual branding of Lagos being presented to the world as the hub of tennis in Nigeria and indeed, West and Central Africa

Check out the pictures below: 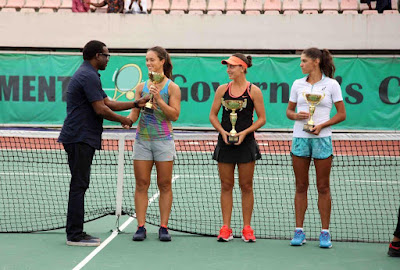 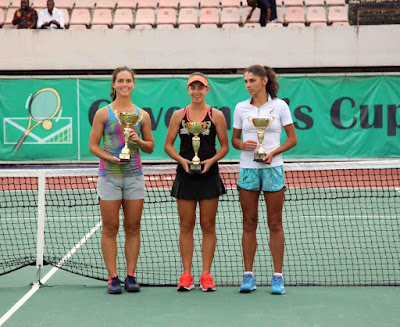 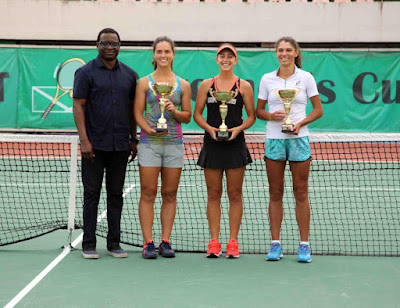 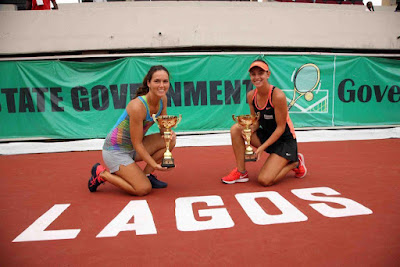 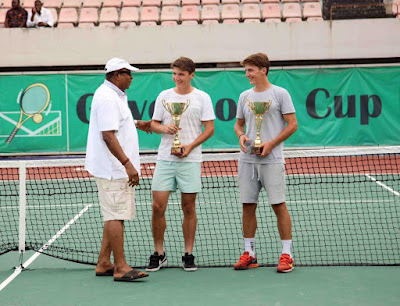 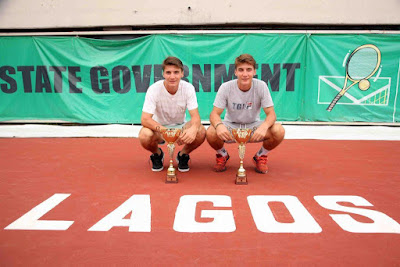 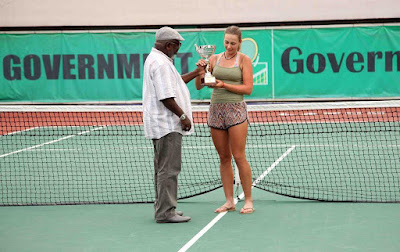 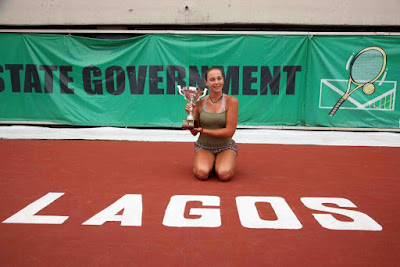 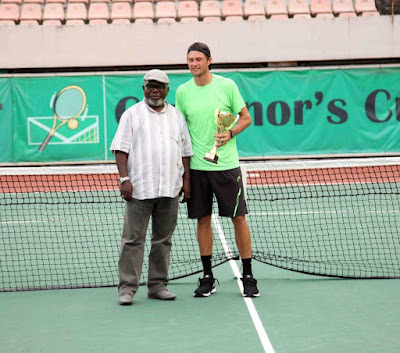 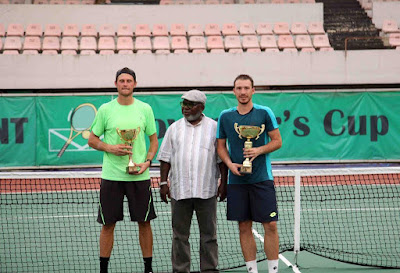 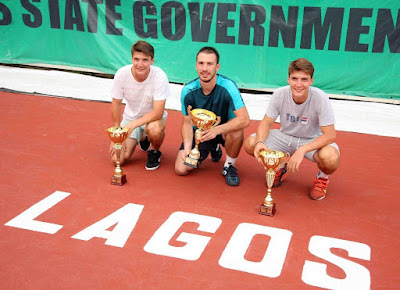