Posted by: Our Correspondent in Wheelchair tennis November 5, 2018 0 420 Views

Alex Adewale and Kafayat Omisore emerged champions of the men’s and women’s singles of the Puma ITF Wheelchair Tennis Futures in Abuja over the weekend.

The winning outing marked a glorious return of Nigeria to the international stage after a few years of absence due to financial challenges. 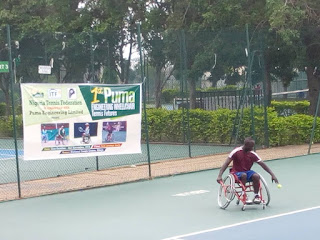 Prior to the final on Saturday at the National Tennis Centre, Package B, National Stadium, Abuja, Adewale had paired two-time Paralympian Wasiu Yusuf to claim the doubles title at the expense of   Kenyan duo of Peter Naveh and Collins Omonde while Omisore also teamed up with Kemi Oluwasegun to beat Ndenga, who paired Nigerian Foluke Shodehinde, to clinch the women’s doubles crown of the $3, 000 prize-money event.

Former NTF president, Engr. Sani Ndanusa, who facilitated the tournament and also footed the bills of the players, pledged to ensure that Nigeria consolidates on the success recorded in the tournament stressing that the resounding success ensured Nigeria reclaimed its status as a leading force in the sport in Africa.
He hinted that the players would be motivated to ensure they put up a similar display at the African Championship billed for Accra Ghana in February 2019.
The Nigerian team was represented by 10 male and five female players with all but Adewale and Yusuf making their debut in international tournament.
2018-11-05
Our Correspondent
Previous: ITF W/Chair Tennis Futures: Adewale, Yusuf, Other Nigerians Land In Q/finals
Next: NCC Tennis: Team CBN Futures Earn First Point As Tech Vibes, 2 Others Qualify For Semis 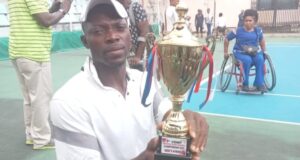 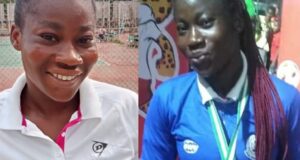 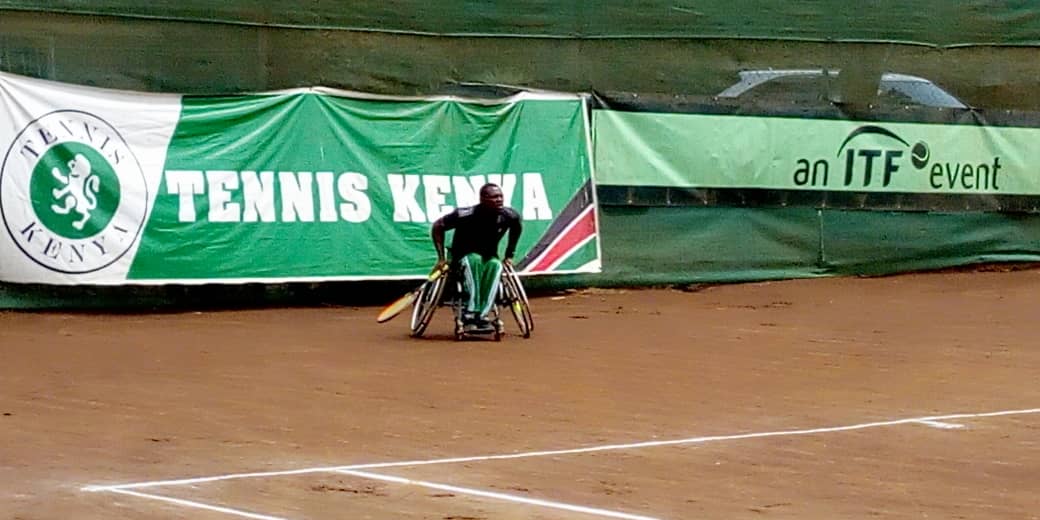 Nigeria’s Alex Adewale is just one match away from the final of ...