Governor Akinwunmi Ambode has shown how good a tennis player he is when he took to the centre court at the Lagos Open International Tennis Championships in a demonstration match on Saturday.
The Lagos State governor who played against the tennis captain of the Lagos Lawn Tennis Club, Onikan, showed some of his drop shot, backhand and top spin skills to the admiration of fans at the venue.
Nigerian Tennis Live reports that the exhibition match by the outgoing Lagos Governor took place after the Women’s Singles final between Conny Perrin and Pranjala Yadlapalli from India. The young Indian won in two straight sets of 6-1, 7-6.
Below are some pictures from the match as obtained by our correspondent who was at the venue of the game: 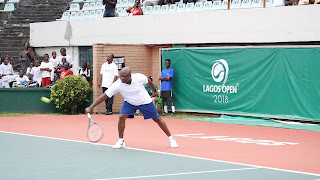 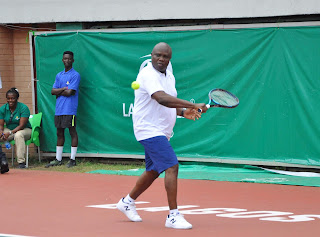 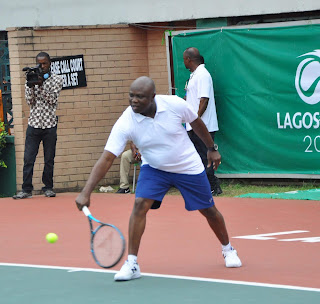 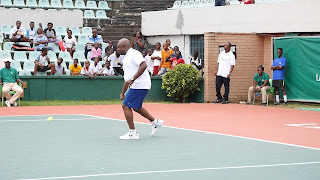 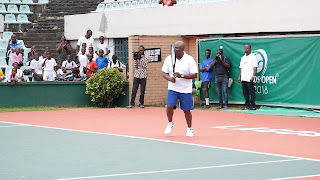 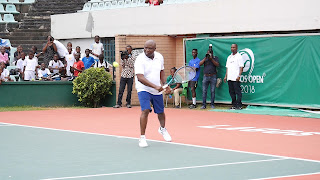 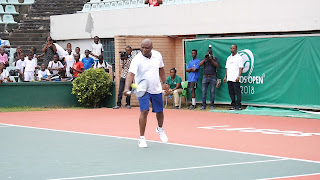 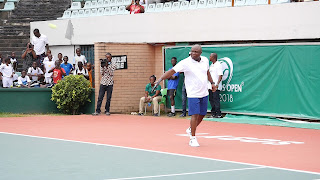 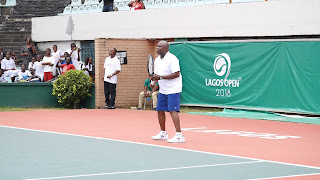