After her exploits in the first leg of the ongoing Junior ITF Circuit in Togo, Nigeria’s Adetayo Adetunji has shot into the top 300 tennis players in the world.

In the ranking released by the ITF website on Monday, 18 September, Adetunji moved up about 155 places to 369 in the world and number 10 in Africa, a feat which was occasioned by her success at the championship in the first leg. 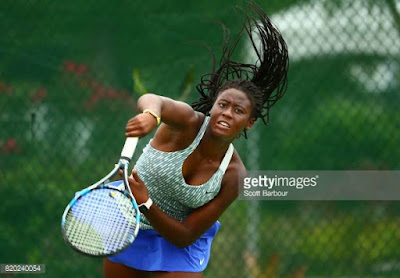 Naija Tennis Special checks revealed also, that Oyinlomo Quadri, who was among the top 400 in the world last year, has dropped about 133 places to place 633 in the world, but will be looking to bounce back and consolidate on this in the coming days.

Check out the standings below: