All for Joomla All for Webmasters
Breaking News
Home / Rainoil Tennis Open / Babalola Hails Nigeria’s King Of Clay, Rates Him High As Rainoil Open Serves Off In Lagos

Babalola Hails Nigeria’s King Of Clay, Rates Him High As Rainoil Open Serves Off In Lagos

Nigeria’s ageless tennis super star, Abdulmumuni Babalola, has spoken glowingly about Nigeria’s ‘king of clay’ ahead of the Rainoil Tennis Championship which serves off in Lagos on Monday, 12 December.

Babalola, who led Team Civil Defence to a ruthless win over Team Muller in the just concluded finale of the NCC Tennis League, told Nigerian Tennis Live, that he believes Sylvester Emmanuel is Nigeria’s ‘king of clay’, and will do well at the national tennis tournament in Lagos.

In a chat with our correspondent after the finals of the NCC Tennis League, noted that being the first time that players of this generation are playing a tournament on clay court, some of them may struggle to have any meaningful impact.

But he singled out Sylvester fondly called Major by friends and close associates as one of those he believes can handle the clay court tournaments very well.

“This is like the first time in about 15-17 years that we will have a tournament on clay court in Nigeria and I am not sure most players of this era can boast of ever playing any tournament on clay, so it will pose a difficult challenge to some of them.

“However, there’s somebody we call the king of clay; Sylvester Emmanuel, he knows how to play on clay very well. I believe he will do well in the tournament,” the man who gets better with age, explained.

The maiden edition of the Rainoil Tennis Championship holding at the Lagos Country Club in Ikeja, promises a prize money of N500k for the winner of the Men’s Singles and N250k for the Women’s Singles champion.

Most of the tennis players are already looking forward to the tournament as it will be the final national competition before the end of the year and Nigerian Tennis Live will bring updates from the championship. 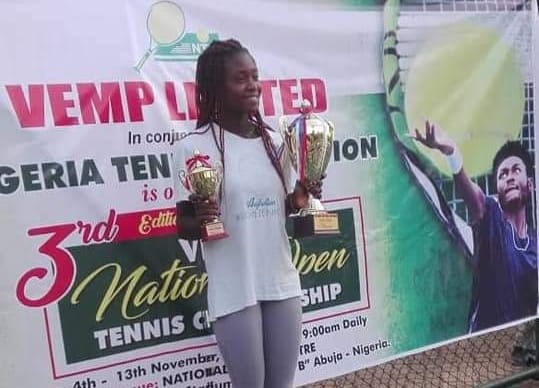