Henry Atseye made sure of a second consecutive qualification for the Main Draw of the Governor’s Cup Lagos Tennis Championship by crushing Aron Pierce, an American player, during their qualification match played on Sunday afternoon.

The former CBN Open winner defeated the number seven seed for the qualifiers in two straight sets, winning 7-5, 6-2 in a pulsating encounter which confirmed his place in the Main Draws for the second week running as Nigerians seek to get better in the Futures 5. 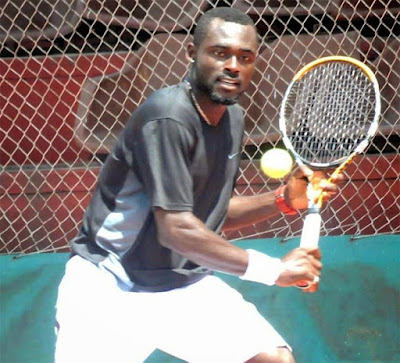 Atseye is joined in the Main Draw by Emmanuel Idoko, who played final set against fellow Nigerian, Emmanuel Audu, before winning 4-6, 6-2, 6-3 to qualify for the second week after losing out to Thomas Otu in the first week qualification series.

Mohammed Mohammed was not lucky in his match against Lance-Pierre Du Toit as he lost 3-6, 5-7 to the South African player.

As at the time of filing this report, Joseph Imeh was dealing with ageless Abdulmumuni Babalola in their qualifying game.

Imeh lost the first set 4-6, took the second 6-1 and was leading 2-1 in the final set as he seeks to inflict another injury on Babalola after losing the CBN Final to the vastly experienced Ibadan-based Nigerian tennis star.

Nigerian Tennis Live will monitor the match and file the report immediately afterwards.