All for Joomla All for Webmasters
Breaking News
Home / Uncategorized / 19 Days To Go, Governor’s Cup Gets New HashTag (Photos)

Barely three weeks to the commencement of the Governor’s Cup Lagos Tennis Championship, the organisers of the tournament have unveiled a hashtag which players and tennis enthusiasts can monitor for updates.

In a chat with Naija Tennis Special, Prince Wale Oladunjoye the Tournament Director, noted that the hashtag #gov’scuplagos was inaugurated in Lagos this week as a way of sensitizing players; home and abroad, on updates of the tournament.

It was further explained that this hashtag was launched on Tuesday, 19 September, at the Lagos Lawn Tennis Club, Onikan. 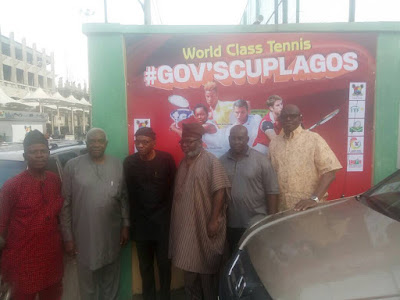 The vice chairman of the tournament’s Local Organising Committee (LOC), Engr. Afolabi Salami and Mr. Adetola Osimosu (the tennis captain) who stood in for the president of the LLTC were on ground for the ceremony.

After the launching, others came around to take selfies with the banner where the new hashtag was pasted for everybody to take selfie. 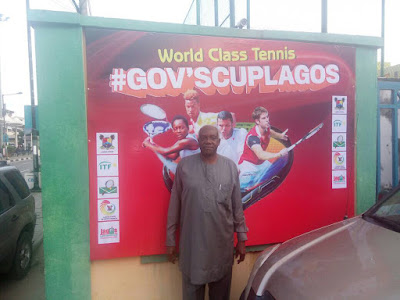 Meanwhile, players have until Thursday, 21 September to register for the tournament and Tuesday, 26 September, for withdrawal of their registration.

“This year’s tournament promises to be rather different from what has been experienced before now, and these latest developments you have started seeing are signs that it will not be business as usual. 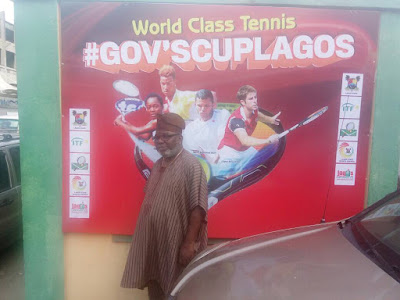 “We also believe that our sponsors will get the very best from this year’s sponsorship as we also expect that the players will have an entirely new and refreshing experience,” Prince Oladunjoye stated.